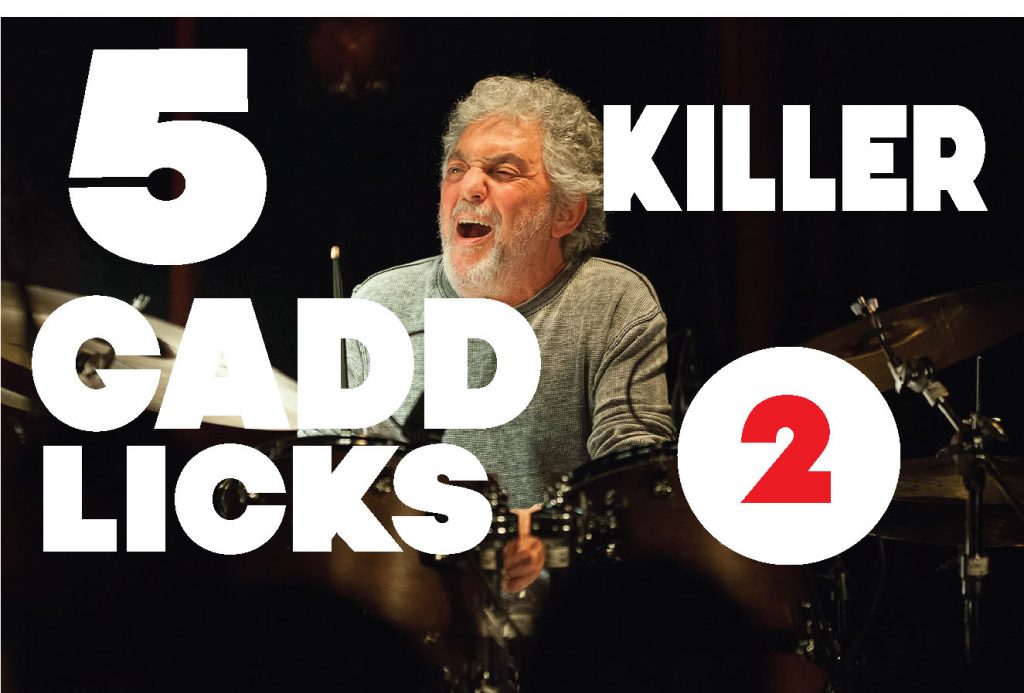 Hey There! Welcome to the second installment of 5 Killer Gadd licks.

In this online video drum lesson, we’re going to show you how to play one of Steve’s signature licks. The first time I heard Gadd play this was in the groove on Tom Scott’s song “Dirty Old Man.” It knocked me out. When I heard it I thought, “This is so cool! What the hell is he doing there?” Once I understood it, it became the basis of lots of other great ideas.

I do believe that this lick is the “grand daddy” of this type of idea–the 32nd note funk time-playing lick. It sounds so cool to play a groove and then have 32nd notes slip in between the hi-hat, snare and bass drum. Let this idea become the basis for something that you create.

But first, let’s learn what Gadd does. Here is the PDF that provides transcriptions of the key elements of the lick: 5 Killer Gadd Licks Two

Now, check out the video, where I demonstrate what’s on the PDF and more…