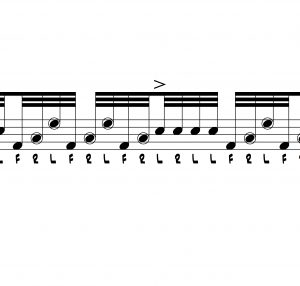 This latest Nasty Lick, which happens to be number 56, was inspired by one of my all time favorite drummers, Zach Danziger. I heard him do something like this on the Wayne Krantz album, “Long To Be Loose.” The phrasing of Zach’s version was a bit different, but the essence of it is very similar.

Here is the pdf: Nasty Lick 56

PS – Imagine that you could regularly get these ideas delivered to your email inbox every time we post one. Great drumming vocabulary to raise your drumming level–free. Go do it–just type your mail into the form below, and click that button.