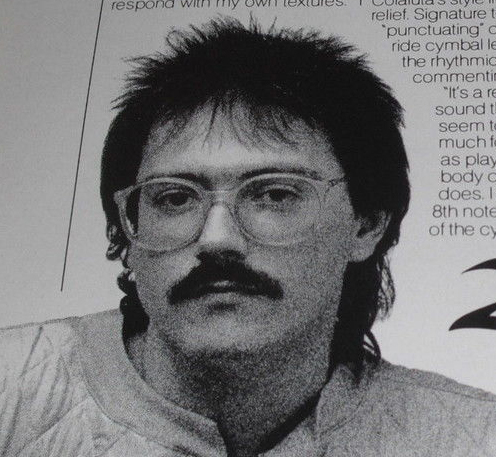 What I love about this idea is that it puts the accents in different places than we’re used to; that’s a Vinnie Colaiuta trademark.

Play this the same way you would a six-stroke roll—make the accents loud and all the other notes very quiet/ghosted. You’ll be able to play this idea very fast with some practice. The idea is shown with both right and left hand lead, and you’ll find that the way you can place the accented notes around the drum kit will change with each version.