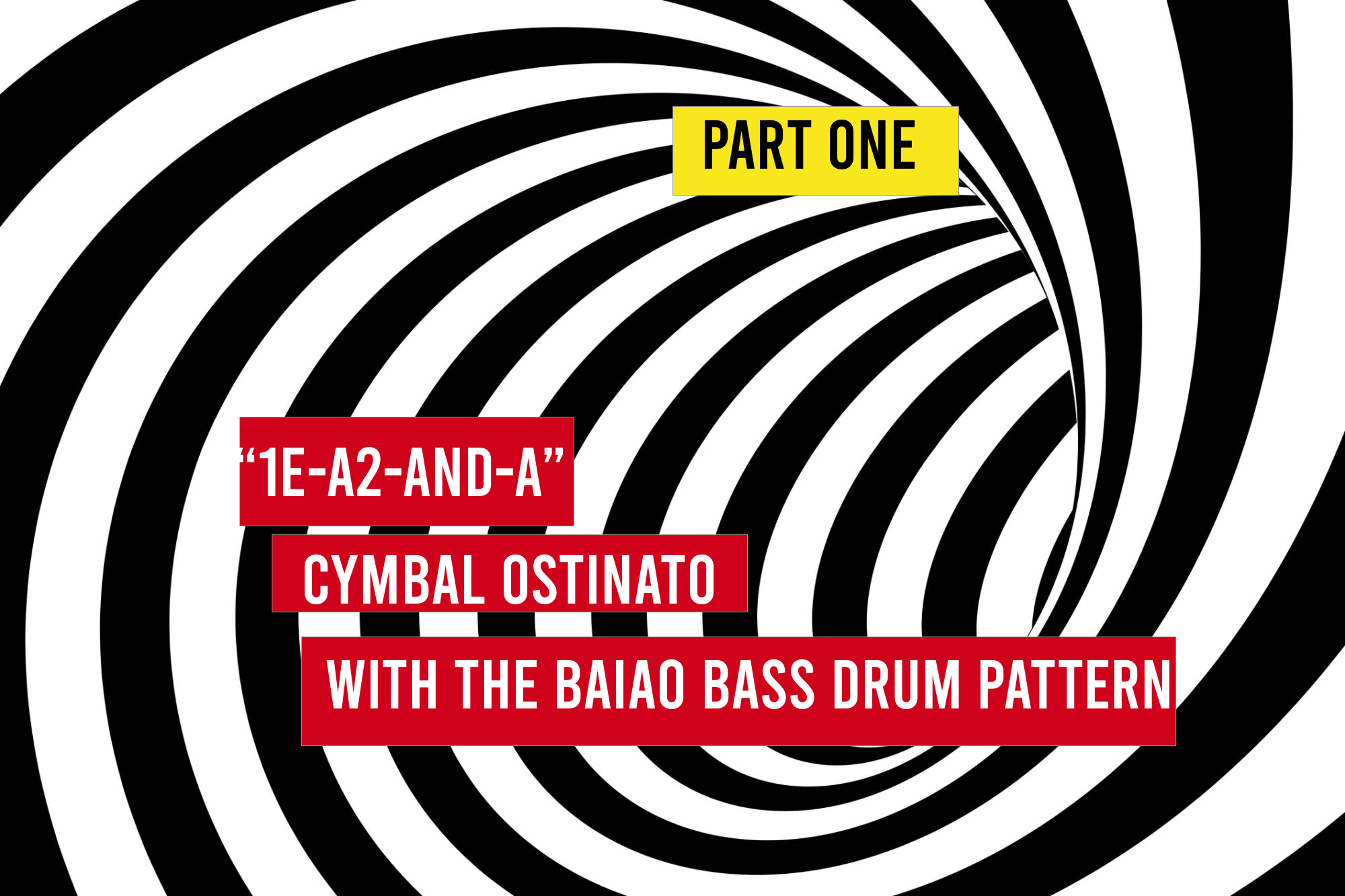 During my practice to develop independence with this cymbal pattern I’ve been calling the “1e-ah-2-and-a” ostinato, I’m continuously stumbling upon new ideas.

I’ve been fascinated by this independence because the phrasing of the cymbal pattern, when played in 4/4, goes over the barline. That is not something you hear very often. It’s kind of weird but it sounds very cool. I began experimenting with it and I found that it sounded interesting and musical. So I started to dig in.

By the way, here is the cymbal pattern:

Anyway, I’ve been working on a bunch of applications of it. You can check some of the stuff I’ve written about this already, and the corresponding PDF worksheets by reading the following four articles:
1) “1e-a2-and-a” Independece Part 1,
2) Part 2,
3) Part 3
4) “A New Kind of Drumming Independence”.

This week I started experimenting with adding a Brazillian bass drum pattern to the mix. It’s a pattern called Baiao, and the version of it that I’ve been playing, when added to the cymbal pattern, looks like this:

With the above cymbal and bass drum patterns as the base, the next step is to develop independence with your left hand so you can create some interesting grooves or even solo ideas.

And developing that independence is what this week’s PDF is going to help you do. Here it is: “1e-ah-2-and-a” Cymbal w/ Baiao independence Part 1

I’m still working on this myself, but when I have it together a bit more, I’ll post some video.

If you decide to work on this, have fun! Let me know what you think or post a link to your video playing this in the comments section below.