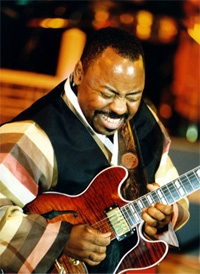 I’ve been reading the great drummer Zoro’s book “The Big Gig.” So far, it’s been an inspiring read. Very motivating.

Zoro tells a story about asking the legendary studio guitarist Paul Jackson Jr advice on how to become a better drummer.

The guitarist advised Zoro to practice simple grooves and play them without any variations until they were perfect.

He said: “Don’t change the groove–don’t alter it, don’t do one fill, don’t change anything— just play that same groove with a metronome for 10 minutes straight and just sit on that groove until it is smooth as silk, until it’s flawless.”