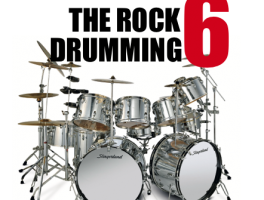 The other day I was listening to Clem Burke, the drummer from Blondie. He’s one of my favorite rock drummers. The song was “One Way or Another” from the album “Parallel Lines.” Clem goes to town on this song–big 16th note drum fills, a really interesting and muscular drum break–it’s a great drumming song. Then […] 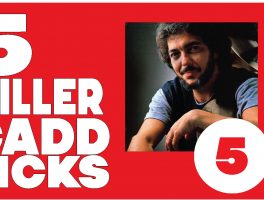 Hey everyone! In our fifth of our “5 Killer Gadd Licks,” here is a very useful bit of drumming vocabulary for you. I’m confident that if you don’t know this one already, you’ll be pleasantly surprised at how much mileage you get out of it. It’s not a flashy idea, at least not how I […] 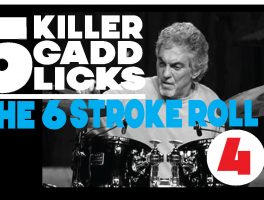 Our fourth installment of “5 Killer Gadd Licks” is a rudimental pattern. I can’t remember what recording I first heard it on, but it was definitely Gadd. It might have been from one of his solos with Chick Corea (one transcription of a Gadd solo that includes the six stroke roll can be found HERE). […]