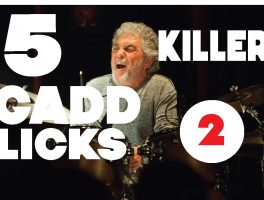 Hey There! Welcome to the second installment of 5 Killer Gadd licks. In this online video drum lesson, we’re going to show you how to play one of Steve’s signature licks. The first time I heard Gadd play this was in the groove on Tom Scott’s song “Dirty Old Man.” It knocked me out. When […] 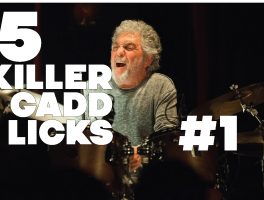 This marks the debut of a new video series: 5 Killer Gadd Licks. The first of the five is something I call “The Three Beat Triplet Flow.” It comes from an Elvin-ish jazz phrase that I’ve heard Gadd play. He applies the idea to funk in his playing and that is the focus of this […] 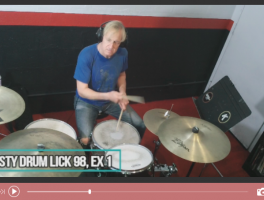 First, the VIDEO! If you’re an avid reader of this blog, you’ll know that I love slick little licks that I can throw into a groove. I’ve written about these kinds of ideas before. For example: Nasty Lick 44: Yuda Variation Nasty Lick 43: Vinnie on Joe’s Garage 5 Killin 32nd Note Drum Groove Soloing […]