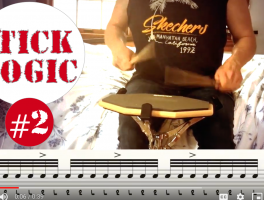 Here’s the 2nd installment of the new hand technique & drum rudiment series called “Stick Logic.” In this series, I’m going to get through all the rudiments, but do so by giving you études/musical pieces to work on. I always found it more interesting to work on pieces rather than just patterns. For example, the […] 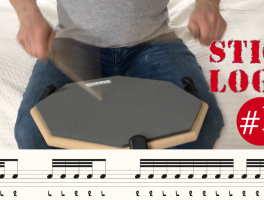 Here’s the first in a new series–“Stick Logic”–that focuses on hand technique and rudiments. This first installment features a little exercise I’ve been doing called “Twenty-Three.” It’s a double stroke roll exercise that includes both 5-stroke and 13-stroke rolls and reverses the hands with each measure (in other words, in the first measure, you’ll lead […]