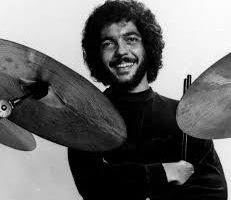 In the latest DrumSpeak, Steve talks about groove and how his jazz background, combined with the music that was popular while he was coming up helped define his sound. There is a lot of great information here, soak it up. Below, the interview with Gadd from Modern Drummer online (July 1, 2005). MD: I was […]

I just picked up the latest (March/April 2013) copy of DRUMHEAD, which contains a great story on Dave Elitch. Dave is probably best known from his playing with Mars Volta, but he is not just a prog guy. These two quotes from the article peaked my interest, because you don’t hear about this side of […]

Introduction Given that BANG! is, in fact, a drum school, I thought it appropriate that the story below is published here on our blog. Neil Peart, who has very directly helped me in my career as a drummer, and whose drumset, “Chromey,” has had a real impact on my ability to expand BANG! The Drum […]

This marks a new feature, “DrumSpeak,” where we get some great thoughts from the words of great drummers… “As a teenager I could assimilate information quickly but, what I didn’t realize until later is that you have to let that information gestate. When you’re young you think you’re a hot-shot, ready for everything because you’ve […]