“Tony Williams in New York” is a great DVD document of Tony’s Blue Note era band. This was when Tony was playinig his big yellow Gretsch kit with two mounted toms and three floor toms. He had a big sound and of course, Tony played very aggressively, as he always did. This DVD is full […]

For me, it was initially about rock….John Bonham. But when I first discovered Steve Gadd, a whole new world opened up. The first solo of his that knocked me out was on Steely Dan’s “Aja,” and then I was hooked. I had to hear it all. Steve’s playing on Chick’s stuff was always great. Gadd’s […]

Steve Gadd is one of the most imitated and revered drum soloists—and with good reason—his solos are always exciting. Steve has a number of great signature licks, seven of which are included here. Click on the link to the right to download the PDF: Seven Gadd Licks Take ’em to the practice room, then to […] 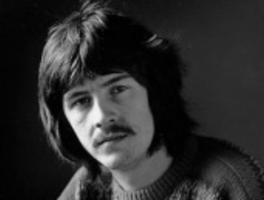 Welcome back to the BANG! The Drum School blog. Today, I’m posting a worksheet of 7 fills from none other than the grandaddy of rock drumming himself, John Bonham. If you’re new to drumming and you don’t know about Bonham, I urge you to check him out. Most, if not all, of today’s rock drummers […]