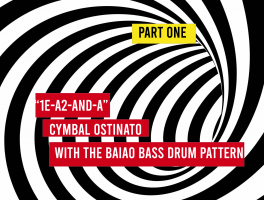 During my practice to develop independence with this cymbal pattern I’ve been calling the “1e-ah-2-and-a” ostinato, I’m continuously stumbling upon new ideas. I’ve been fascinated by this independence because the phrasing of the cymbal pattern, when played in 4/4, goes over the barline. That is not something you hear very often. It’s kind of weird […] 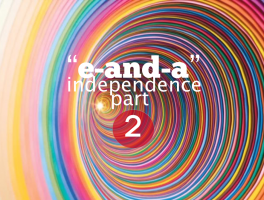 Here is the follow-up to last week’s introduction to independence against the “e-and-a” cymbal ostinato. These 16 exercises offer every 16th note bass drum possibility before two and four on the snare drum. The “e-and-a” cymbal pattern is laid on top of these grooves so you can work on the mechanics of developing this independence. […] 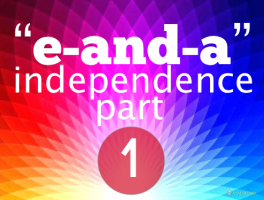 I’ve been writing a lot about independence lately. That’s because I’ve been thinking about groove and pocket and how to make stuff feel really good. I’ve also been thinking, as I often do, about how to sound different from other drummers. To combine these two thoughts, working on independence with unusual cymbal patterns began to […] 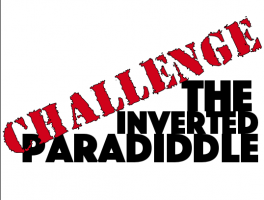 Last week I saw a Drumeo video where Gavin Harrison described and demonstrated “The Paradiddle Challenge.” I love drumming puzzles and I really liked the idea. In the video, Gavin mentioned that he had actually gotten the idea from reading an interview with Gary Husband, who described it in print. Inverted paradiddles have always excited […]