Any of you who have been following the story of Bon Jovi’s long-time drummer Tico Torres and his unfortunate medical issues may know about Rich Scanella. But it bears repeating because Rich is just another example that anything is possible for anyone who puts in the work and persists. The bottom line: Tico was sick, […]

I’ve often been asked if I play any other instruments or write songs. My answer is “no, I never wanted to spend time on any musical endeavors other than drumming.” I want to keep getting better at the drums, so working on other instruments doesn’t make sense to me. It’s that simple….it’s about focus. I’ve […] 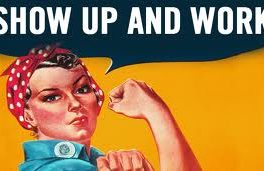 Hard work trumps talent. In fact, the real talent? The ability to work hard. Focus, determination, guidance, and a superior work ethic will create opportunity for you. Practice for hours on end. Practice until you can’t screw up. Then go practice some more. That’s what it takes. I have heard many successful people talk about […]

The Thinking Drummer: Words of Wisdom from a World Famous Drummer

Recently I went to see some of NYC’s finest musicians playing some fusion in a downtown club. The show was amazing and I was inspired. It’s one of the great things about living in a city like New York; you can go out on any night of the week and see some of the world’s […]