This is a great lick that looks pretty simple on paper, but it sounds amazing when blazed! I stumbled upon it on YouTube, where master drummer and teacher, John Riley, was demonstrating it at a clinic. Have a look at the video: John plays the lick very slowly in the video; slow enough that you […] 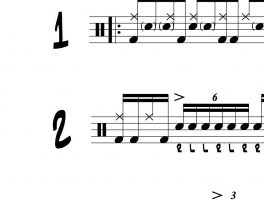 NOTE: There is another sticking that I recently discovered for Nasty Lick #109. Both this original and the new one work well, but I like the new one better. You can see the post and the link to the PDF with the revised sticking here: Philly Joe Jones Nasty Drum Lick #109 w Revised Sticking […] 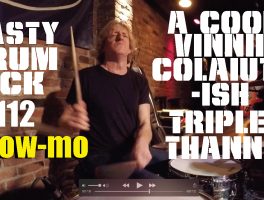