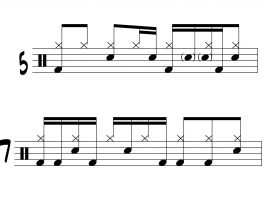 I love 7/8. I’m not sure I understand exactly why. Perhaps because of Rush? Maybe Rush’s “Tom Sawyer” is where I first heard it. It sounds so cool. There is not very much material to use when working on this time signature. I’ve pretty much had to just mess around with 7/8 on my own […] 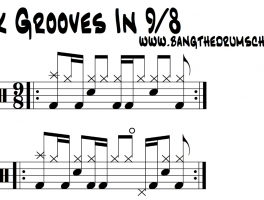 The attached PDF will give you three great examples of serious groove playing in 9/8. Matt Cameron from Soundgarden’s track “Black Rain” Bill Bruford from his own “Fainting In Coils” John Bonham from Led Zep’s “The Crunge” All three examples show what happens when the drummer lets the music dictate the groove. The most musical […]