Posts in category: The Thinking Drummer 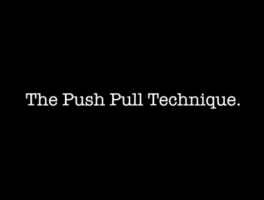 In this installment of The Thinking Drummer, I take a little look at Push/Pull aka Open/Close hand technique. It’s something that I’ve been working on seriously for several months now. Let’s talk about what it is, what the possibilities are, and how you can learn it. First of all, I’ve been interested in this technique […]

How to Play a Drum Solo: the One Secret Nobody’s Telling You 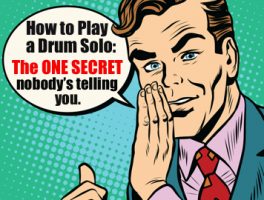 Many drummers love drum solos. Do you? We often revere those who play them well. Yes, any drummer who understands their role in music will believe in the power of groove, but many (dare I say most?) also covet the ability to solo. There are many steps a drummer must take in order to develop […]

Your Notebook of Unique Drumming Vocabulary is Crucial 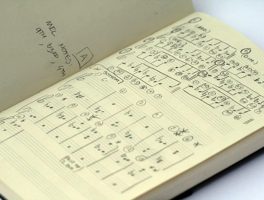 If you’re serious about drumming–really serious–you’ll be driven to figure out how play drumming that excites you. Transcribing is the usual way to do this. And transcribing is easier than ever because current technology allows you to quickly slow down recordings and videos. Your ultimate goal, however, should be to sound unique. That’s the “holy […]

Drummers: Here’s How to Learn Songs

In the past few weeks, I’ve been learning a lot of songs–both for gigs and auditions. As I went through the process of learning the material, I realized a few things: 1) Over many years of playing and learning songs, I’ve developed a methodology that works for me. 2) There are several “levels” of learning […]