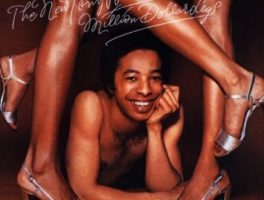 For “Nasty Lick #24,” we go back to 1976, the year that The New Tony Williams Lifetime released the album “Million Dollar Legs.” The album was not well received by fans, and it is not the music one would have expected from this band of killer musicians (Allan Holdsworth -gtr, Alan Pasqua -kys, Tony Newton […]

Here is a clip of one of my favorite Tony Williams drum solos. The solo begins at around 25:20 into this clip. Here are some thoughts on the ideas Tony employs. First of all, the snares are off for the duration of the solo….in essence, this turns the snare drum into the highest pitched Tom […]

A while back I posted the footage of Tony Williams killing it from a Japanese video on You Tube that can be found by simply searching for “Awesome Tony Footage.” It is Tony in all his bombastic glory. He’s playing with Ron Carter, Dizzy Gillespe, Herbie Hancock and others, and he takes eight eights in […]

Check this out for some serious inspiration. I LOVE this video. Tony starts his solo by warming up! His warm-ups are good enough to be part of a public performance…..think about that. Basically, he starts out playing a continuous double stroke roll, and then moves around between paradiddle combos, singles and doubles…..all continuously….and it all […]