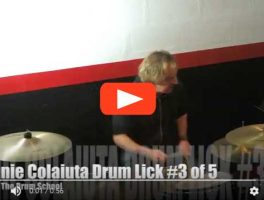 I’m trying to remember exactly where I first heard Vinnie play this lick. Honestly, I’m not 100% certain, but it may be from Karizma’s “Document.” This third of a series of five Vinnie drum fills is another classic Vinnie idea. As usual, it’s something that you might not have thought of yourself, and very interesting […] 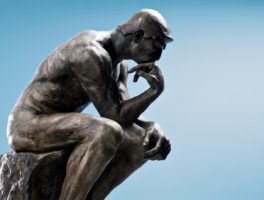 As a drummer, more often than not, one of our responsibilities is to count-off the song. In some bands I’ve played in, someone else counts off the tune, but most of the time, it’s me or you (I’m assuming you’re a drummer; that’s generally who reads this blog). Counting off the tune is a significant […]

If you read this blog regularly, you’ll know that I’ve been working on practical uses of the 2 vs 3 polyrhythm. Here’s an example: Eighth Note Cymbal vs Eighth Note Triplet Independence Part One. In that article, I explored some uses of playing triplet ideas while maintaining the eighth note cymbal pattern, which I find […]

Just published and transcribed by Joerg Eckel, this book of Philly Joe Jones solos is certain to be very accurate. On matters such as these, there is no one I trust more than John Riley, who, several years ago, told me about a student of his who had transcribed a large number of Philly Joe […]