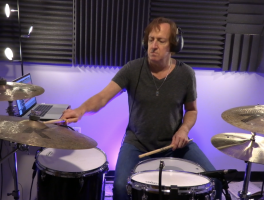 Welcome to Nasty Drum Lick #137, an idea based on a five note phrase. I’ve been using this idea for a while; it’s simple, just RLRLF. That’s four notes with your hands followed by one with your bass drum. Putting your foot before the hands is fine too; it’s really the same lick either way. […] 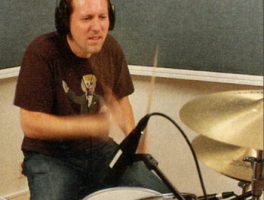 Here’s a new-ish video of Zach playing on and talking about the 7-ply mahogany Gretsch Catalina Club drum kit. The video is notable for Zach’s great playing. If you don’t know his playing, you should explore it. But the video also surprised me because I’ve always thought of the Catalina Club series as a lower […]

Here is a clip of one of my favorite Tony Williams drum solos. The solo begins at around 25:20 into this clip. Here are some thoughts on the ideas Tony employs. First of all, the snares are off for the duration of the solo….in essence, this turns the snare drum into the highest pitched Tom […]