Note: Chris is currently unavailable due to his touring schedule with Phantogram, but will be available once this tour is over.

A skilled teacher, Chris brings a wealth of knowledge and experience to his students. The simple fact that he has been touring with PHANTOGRAM since 2013 infuses his teaching with a depth that only a musician with that type of performance experience can give. With PHANTOGRAM, Chris has played at Madison Square Garden and The Hollywood Bowl (among many other iconic venues), and he’s performed on “Jimmy Kimmel Live,” “Late Night with Jimmy Fallon” and “The Late Show with David Letterman.” 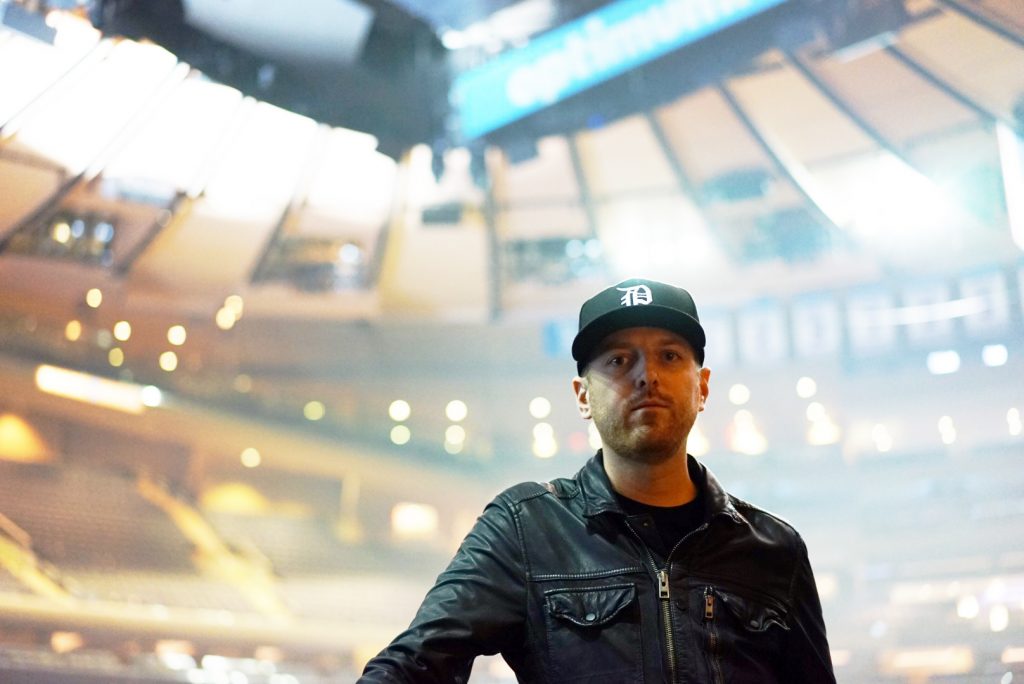 That being said, please don’t let the high level of achievement described above intimidate you. Chris Carhart is no egotist. He shows no pretense despite his success; in fact to say he is humble is an understatement. Chris enjoys teaching beginners and kids. Let’s say that again: beginners are welcome.

Chris can help the more advanced student as well. Playing with PHANTOGRAM, one of the world’s leading bands that combine pop, rock and electronic music, Chris has deep knowledge of many new skills that must be mastered in today’s technology heavy music scene. If you are interested in understanding the concepts behind mixing programming and sampling with live acoustic drums or how to go about learning to play with sequencers, Chris can share how he approaches these things with you.

Finally, it’s no small matter that Chris Carhart is playing in such a successful band and it did not happen by accident. As someone who’s done it himself, Chris can help you with your plans to land and keep that big gig.

Now that you know a bit about Chris as a teacher and professional drummer, here’s a bit of background on him. Check out the video to the right for a taste of Chris’ personality and to see him play.

Growing up in New Jersey, Chris’s passion for drumming began in 6th grade when he began playing in the school band. Once he got his first drum kit, at the age of 12, Chris started playing in bands. That was it. He had been bitten by the drum bug.

Following a brief one-year stint at the Mason Gross School of the Arts (Rutgers) as a Vocal Performance major Chris switched gears (and majors) and transferred to Champlain College in Burlington, VT where he graduated with a B.S. in Psychology.

Following graduation he moved to Los Angeles where he lived and drummed for the next 3 years. During this time he played gigs around town, did some theater work at USC and studied privately with a great drummer and teacher by the name of Jeff Sorenson.

In 2013, Chris’s career took an exciting turn when he began touring the world with PHANTOGRAM. Between 2013 and 2015, Chris has played over 200 shows at big venues as described above.

All musicians find passion in their influences and Chris is no different. Before he ever took a private lesson, Chris heard Nirvana and The Red Hot Chili Peppers and was inspired by their drummers, Dave Grohl and Chad Smith. Chris cites them as his most important early influences and as such, his first teachers. Later, Chris got into Phish and their drummer Jon Fishman, who became just as influential to his development. Finally, Billy Martin, of Medeski, Martin and Wood became Chris’ favorite drummer and remains his biggest influence for style and feel.

Recently, Chris began studying with Billy Martin, which brings his drumming life full circle. It also shows that despite his success, Chris continues to learn about and expand his drumming knowledge and skill,that’s the sign of true passion. And that’s what BANG! The Drum School’s Artists in Residence program is all about.

Chris, due to his touring schedule with PHANTOGRAM, has a limited schedule at BANG. Call us to discuss the current window of his availability. Call Now! Pricing is the same as for all other BANG private lessons (see “INFO/RATES”)