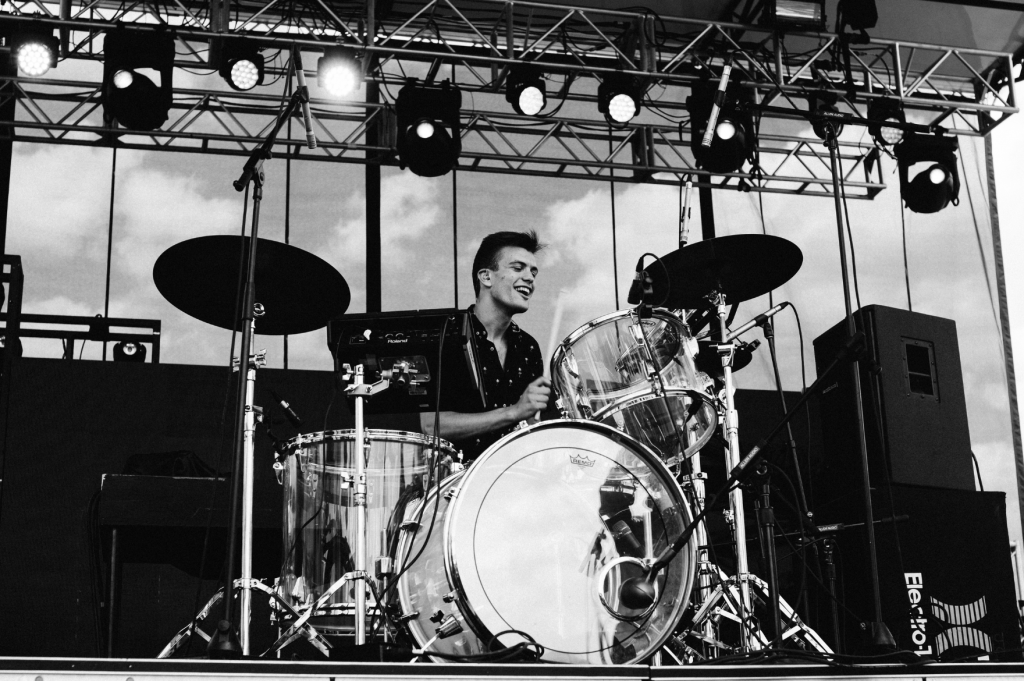 Chris has been playing the drums since he was seven. Primarily self-taught until college, Chris grew up in Bergen County, New Jersey, idolizing rock drummers from John Bonham to Tommy Ramone.

In high school, Chris started to expand beyond rock–his interests widened to include jazz and fusion. Chris was accepted (with a scholarship) to Boston’s prestigious Berklee College of Music and began his studies there in 2011. He graduated with honors in 2014, finishing with a degree in Drum Set Performance. At Berklee, Chris learned the importance of a solid groove and good technique while studying jazz and rock alike. While at Berklee, Chris studied with Tony “Thunder” Smith (Lou Reed, Jan Hammer, Santana, John McGlaughlin), Mark Walker (Paquito D’Rivera, Michel Camillo, Oregon) and Jackie Santos (Tavares, Bob James, Chuck Berry), among others.

After graduating, Chris moved to New York to play professionally. He has recently performed at the famed Lollapalooza festival, NYC’s Bowery Ballroom and Webster Hall, and the legendary San Francisco venue The Fillmore. Some of the artists you can see Chris with include Catey Shaw, Panama Wedding and Janelle Kroll.

Chris has many years of teaching experience. His knowledge, enthusiasm and friendliness are just a few of the reasons why his students return for more and more lessons.