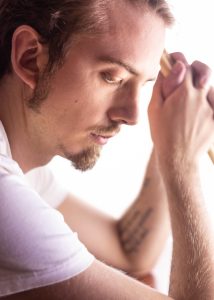 Conor is a very talented drummer and teacher with a decidedly modern edge to his playing. He’s got a very mellow vibe; he’s very calm on the outside, but don’t let that fool you; he is very passionate about drumming and you can hear that when you speak with him. His growing roster of students is devoted to his teaching methods and style.

An American raised in Toronto, Canada, Conor earned his Bachelor’s degree (with honors) from Toronto’s York University. While living in Toronto, Conor established himself as a force in the local scene and was showcased on 91.1 FM’s Jazzology radio program as well as winning the citywide “Whiplash” drum competition.

In 2016, Conor moved to New York City where he earned his Masters in Music Performance at the City University of New York’s Aaron Copland School of Music.

Conor leads his own trio and is a member of the Vivi Hu Quartet (blending jazz, contemporary and Asian music). He is also a member of Gamelan Yowana Sari, an Indonesian percussion ensemble led by Michael Lipsey and Gusti Komin Darta. Conor traveled with the group to perform in Bali.

Very versatile stylistically, you might hear Conor playing jazz, hip hop, funk, R&B, or latin/world music, depending on the day and gig.

In NYC, Conor has performed in many clubs including the Jazz Gallery, The Shrine, The Bowery Electric, Sylvana and others.