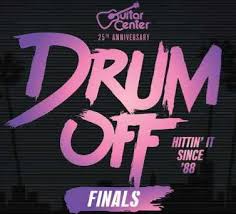 Dawud “D-Mile” Aasiya-Bey of Lake Elsinore,CA defeated Jonathan Burks of Little Rock, Arkansas, Shariq Tucker from the Bronx, Hilario Bell from Miami and Josiah Maddox of Chicago to be crowned the champion of Guitar Center’s 2013 Drum Off.

The battle began in September of 2013 when over 5,000 drummers competed at the store level across the nation. The five finalists met this past Sunday, January 18th, 2014 at the Nokia Theater in Los Angeles, CA.

Here is his winning solo from Sunday.