In recent weeks, freedom of speech has been under attack in a most violent way.

The forms of art that were involved were both satires. Sony’s weak response to the alleged North Korean threats against their film “The Interview,” a comedy satirizing the assassination of North Korean leader Kim Jong-un, was a mistake.

Charlie Hebdo, the French satirist publication, was brutally attacked by assassins who claimed to be seeking revenge against satirical cartoons that depicted Islamic prophet Mohammad. 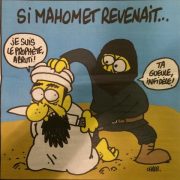 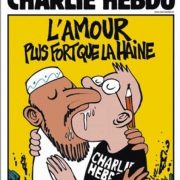 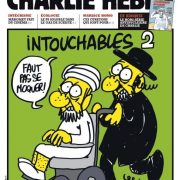 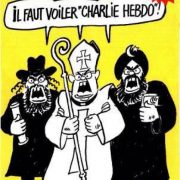 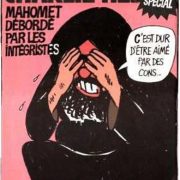 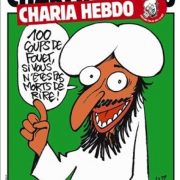 Freedom of speech is a basic right. More than ever before, we must make our art. If your art compels you to satirize anything at all, you have the right to express yourself and you must not be hindered by the threats of thugs who wish to censor you.

I was outraged at Sony’s initial reaction to the threats they received. They folded.

Charlie Hebdo, on the other hand, having faced the murder of their employees and editor in chief, marches on with strength.

In response to these horrible events, I suggest that we KEEP MAKING OUR ART. What could be more important than continuing to speak freely about what inspires us? Make your music, your paintings, your films. Write your words. No one can stop you.

In addition, I think another appropriate response is to spread the art of those who were to be silenced.

Above are some of the most controversial of the Charlie Hebdo caricatures. I urge you to spread them widely!

Never forget that the pen is truly mightier than the sword.