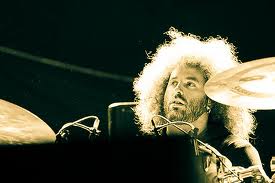 I just picked up the latest (March/April 2013) copy of DRUMHEAD, which contains a great story on Dave Elitch.

Dave is probably best known from his playing with Mars Volta, but he is not just a prog guy.

These two quotes from the article peaked my interest, because you don’t hear about this side of things that much. ‘Nuff Said; the quotes tell the tale….

1) “I’ve spent thousands of hours behind the kit trying to be the best, but in reality the most important factor is your social skills.”

2) “You get gigs because people want to hang out with you. If you can play, it’s a bonus.”