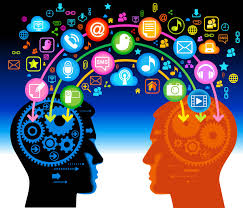 I’ve been reading a lot about the new digital age. I’ve been thinking about it and acting on it too. Despite the fact that many lament the downfall of the traditional music business because their royalty streams have dried up, I on the other hand celebrate it. No, I am not celebrating the fact that many people who were earning a living in particular ways are no longer able to do so. I agree that sucks.

However, the new world has opened up other doors. I am one of the people who has embraced those new ways of doing things. There are many others like me who are using the possibilities of the new digital age to do things that were not possible previously. As an example, please read this article, published recently in The New York Times: The New Making It

These six are just the tip of the iceberg. The bottom line is that the world has changed. I understand wanting to hold onto the past because of the money once being made from royalties or selling CDs. I do. I understand why it would piss people off. But, things are different now and they’re not going back to the way they used to be. Embrace it and benefit. There are new ways to make money. I am an example of it….BANG! The Drum School has broken through the clutter of the hundreds of drummers trying to sell their drum lessons here in NYC. And guess what made this possible? The New Digital Age.

Educate yourself on how to use the possibilities of this new world to your advantage. If you do so, you might prosper.

PS
I found this NY Times article via Bob Lefsetz. If you are a musician, you should probably be reading his blog. Educate and prosper.