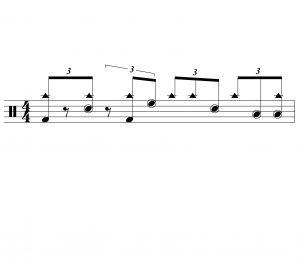 If you need to play Afro-Cuban in 6/8, this one never fails. I love it. It’s a little tricky in the independence department, but once you work through the pattern and get it locked in your muscle memory, you’ll have it forever.

I know that the notation I’ve written on the PDF is in 4/4, but I’ve always felt that it was easier to think of these grooves as triplets in 4/4 instead of counting to six. A personal decision. Feel free to think of six if that works for you.