I recently began reading “Essentialism: The Disciplined Pursuit of Less” by Greg Mckeown.

Although I’m only a bit more than a third of the way through it, the concepts have already profoundly changed my thinking about certain issues. 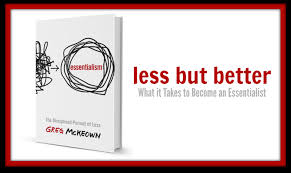 I’ve already been a fan of the ideas here.  For a long time I’ve been preaching to my drum students that they should be focused on practicing only a few things but absolutely CRUSH them.

In the world we live in these days, it is easy to be distracted.  There are messages coming at you from all sides, all the time.  Phone calls, emails, texts, social media messages, and more.  The problem is saying “no.”

It is too easy to say “yes” to things that others ask of you.  I have been guilty of this myself lately and I am now taking steps to change that, partly because of the thinking I’ve been doing as a result of reading this book.

We should each have goals of our own.  With those goals in mind, you ask, does saying “yes” to this request do anything to meet my goals?

If the answer is “no,” why are you doing it?

Perhaps you are helping a friend or a family member or your partner.  That’s a good reason.  You’re developing and deepening that relationship by tending to it.  It’s someone you care about.  That makes it important.

But if that is not the case, you should ask yourself if it is essential to spend time on the question or request that is in front of you.

Essentialism is about only doing what is important to reach your goals. It’s about being true to yourself. It’s about doing less things and doing them better. It’s about giving yourself time to think and dream and play and only do what you need to do.  There are lots of things you wind up doing that you don’t really want to do, right? 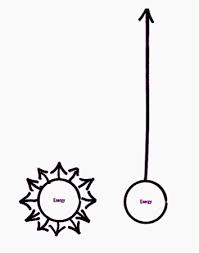 Left side: doing a lot of things half-assed. Right side: Essentialism–doing less better.

Well, a lot of those things you can eliminate.

And when you do, you’ll have more time to spend on what is really important to you.

Very simple idea. Not so simple to actually implement.

I am diligently working on this myself, and I suggest you consider doing so as well.

Read this book.  It will definitely make you think.