I have a love/hate relationship with beat displacement and “rhythmic illusions.” For those of you who are not familiar with these ideas, they are methods of presenting grooves that make the listener believe that what they are hearing is either slower or faster than the original groove, or in a different time signature, or even just temporarily making it sound as if beat “1” is in a different place than it really is. 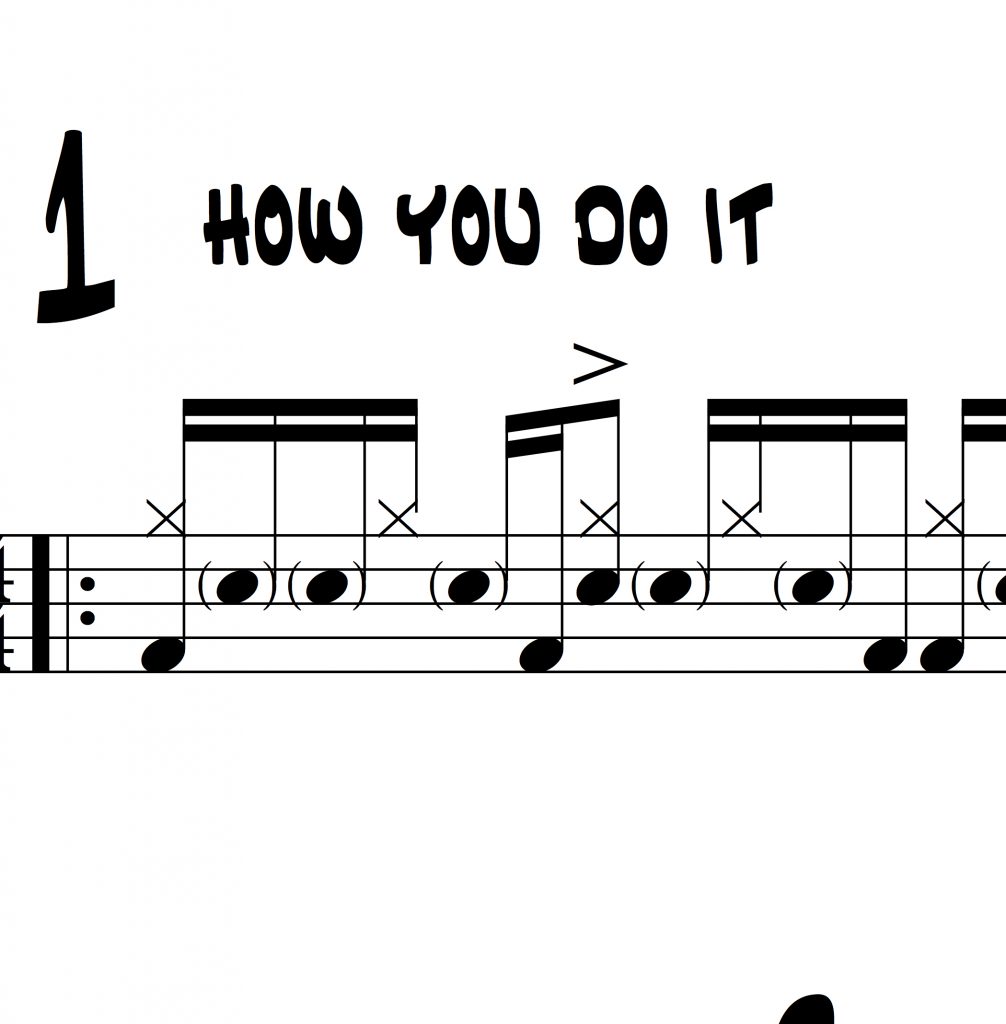 The reason for my ambivalence about these ideas is that I like my soloing ideas to groove. But I also like to keep things interesting. So, if your “deception” can still groove on it’s own, I can live with that.

That’s why I like this idea. It makes the listener believe you are playing a half time shuffle, which most drummers will agree, when executed well, is a pretty groovin’ and tasty beat. I also believe that this works because the deception is based on 16th notes.

Using 16th notes for this trick works because the original groove is rooted in 16ths already. Using the same rhythms to deceive the listener makes a smoother and groovier sound. If one chooses a groove deception based on triplets when the original beat is based on 16ths, the effect can be very jarring and that is less to my liking.

Here is the PDF so you can try it: Groove Deception #1 PDF