Groovin In Clave, by Ignacio Berroa

The goal of the book is to allow drummers to develop independence against the clave rhythm with the cymbal hand.

Consistent practice and diligent work with the book will find the persistent drummer achieving this goal. I know because I’ve been working out of the book for quite some time. 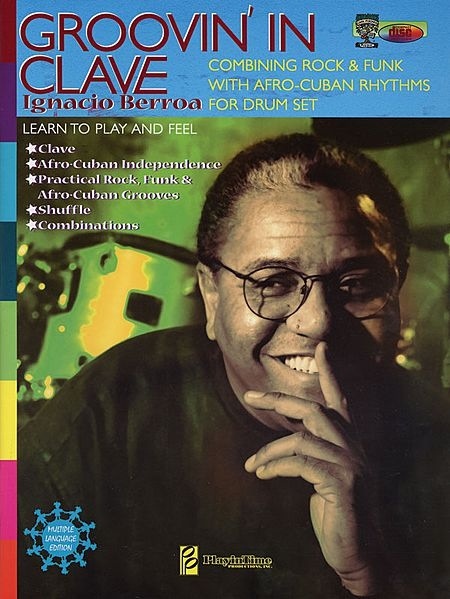 He presents exercises that systematically work you through different rhythms as well as limbs..

Berroa builds from quarter notes to eighth notes and isolates the clave rhythm with the cymbal hand against various combinations of hands and feet.

There are many pages of exercises that are not particularly musical, but the point is clear: developing facility and independence.

However, there are many musical examples as well. The groove section goes to the next step of playing beats that start to apply the skills developed to a more musical context.

If you want to play clave with your cymbal hand and develop independence while doing so, short of writing your own exercises, this is the best (and only) game in town.

Recommended. 4 out of 5 stars.