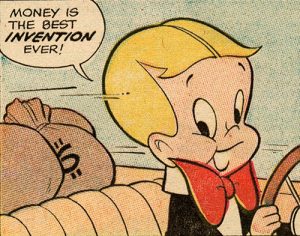 In this edition of The Entrepreneurial Artist, I want to make a case for the importance of an MBA in addition to a music degree.

The new economy has created a situation that makes it harder than ever before to make a living using the old/traditional model of the music business. Streaming is here to stay. There is nothing we can do to stop it. This development is just one of many resulting from the rise of the online world and other technological advancements.

Some other important developments include:

What all of this means is that it is really difficult to make a living as a musician these days. Even more difficult than it used to be.

So what do you do if you recognize all of this but you still want to be a musician?

The most logical answer is to start your own business. Many musicians understand this conceptually and launch businesses. But most of them don’t have the right skills, so their businesses fail. If only they were good at business…well, then they could pursue their art and have a business running that supports them while they practice as much as they want and create the music they want.

That’s the beauty of being an entrepreneur. You can set up your business so it runs while you are in the practice room or out playing shows. It may sound too good to be true, but it’s not. You just have to have the right knowledge and skill. That’s it. Getting an MBA from a good business school will give you the knowledge and training to do this.

It’s a pretty compelling argument and something to consider if you are struggling. Get that music degree but get an MBA too.