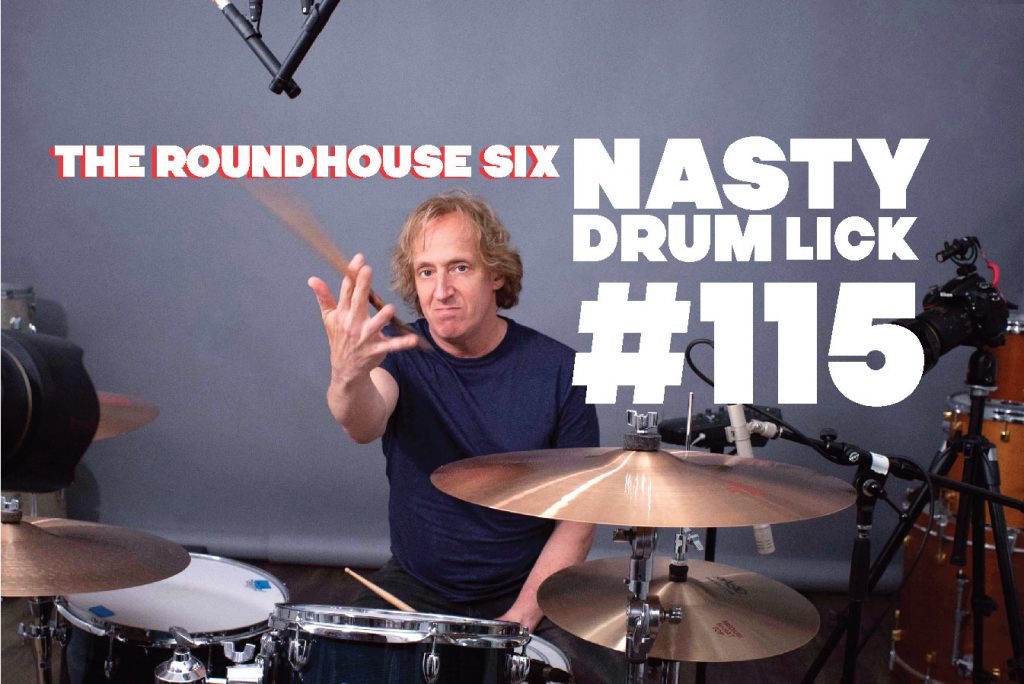 This idea is something I got from one of my drumming heroes, Dave DiCenso. It’s a really cool hand/foot combo. When I heard Dave play it, he used a different rate (32nd notes) and his way of connecting it to other stuff he was playing was slightly different, but never-the-less, it sounded amazing. I had to dig into it. Today I’m going to show you a way to use the same idea as 16th note triplets.

The patern is FRLRLF and I use a paradiddle-diddle to connect it.

Here is the PDF with the notation on it: “Nasty Lick 115 | The Roundhouse Six”

A couple of other things to mention… I call this “The Roundhouse Six” because you can rage this idea around the drums over and over without stopping. You’re moving around the drums in a clockwise direction; you’re going around–thus “roundhouse.” The exercise sheet breaks the lick into pieces like the way I explain it in the video, which is below.