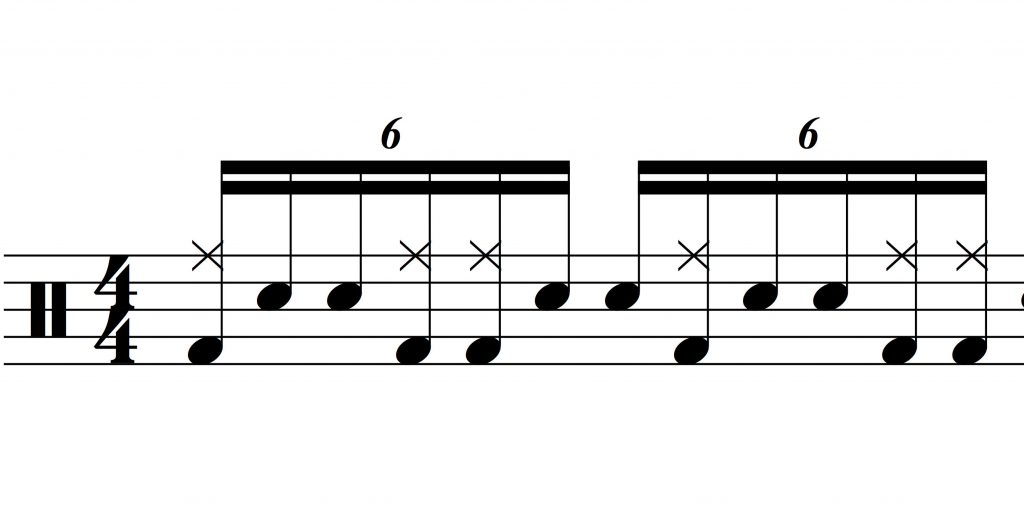 Lately, I’ve been messing around with triplet ideas using just the bass drum, snare drum and ride cymbal. The original inspiration for this type of playing came from some of Steve Gadd’s work with Chick Corea. Check out “Humpty Dumpty,” from the album “The Mad Hatter.” If you cue up that track and start listening to what Steve plays from 2:15 to 3:58 (while Chick is soloing), you’ll get what I’m talking about.

Steve is playing fast jazz time and he throws in these great blazingly fast triplet ideas. It sounds amazing. These triplet patterns are all based on rudimental ideas, and they are all just using the ride cymbal, bass drum and snare.

Later, I heard Vinnie Colaiuta do the lick I’m giving you here. It’s in the same ballpark as what Gadd did, but based on a seven note phrase: R L L R R L L.

As you might imagine, a seven note idea phrased within 16th note triplets sounds very interesting. And in this case, not weird or “out.” It’s a very musical and flowing kind of a phrase.

I’m getting pretty deep into the land of these ideas, so I promise you’ll get more on this later–more licks, phrases and ways of mixing them together. But for now, just start with this. It will work to mix it in with jazz or funk time playing. And as always, please use it with taste.

Here is the PDF: Nasty Lick 77