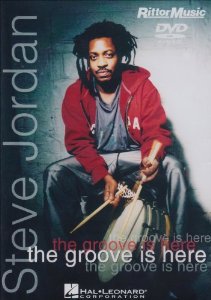 This is a ridiculous groove from Steve Jordan’s DVD, “The Groove Is Here”.

There is a PDF with a transcription of the groove available for you to download at the end of this post. And, yes, it’s free! Do it. Learn it. Burn it. Like Steve.

In the voice over, Steve mentions that what he plays here is similar to the groove he played on “Ramblin,” a track off of the David Sanborn album “Upfront.”

Before you check out Steve playing the groove in the video below, there are a few little nuances I should tell you about.

First, the hi-hat is played with the edge of the stick, all eighth notes, all the same volume. In other words, there is no fancy Moeller accenting going on with the hi-hat.

Second, every note played on the snare drum is ghosted except for the “two’s” and “four’s.”

Third, the groove is slightly swung…..ie…”in between the cracks.”

Fourth, all the snare drum notes are with the left hand EXCEPT for on beat four, when Steve brings his right hand over from the hi-hat for just that one note.

Fifth, notice how simple the bass drum pattern is.

OK, check it out on video:

For the PDF with the transcription click here: Nasty Groove 2 PDF 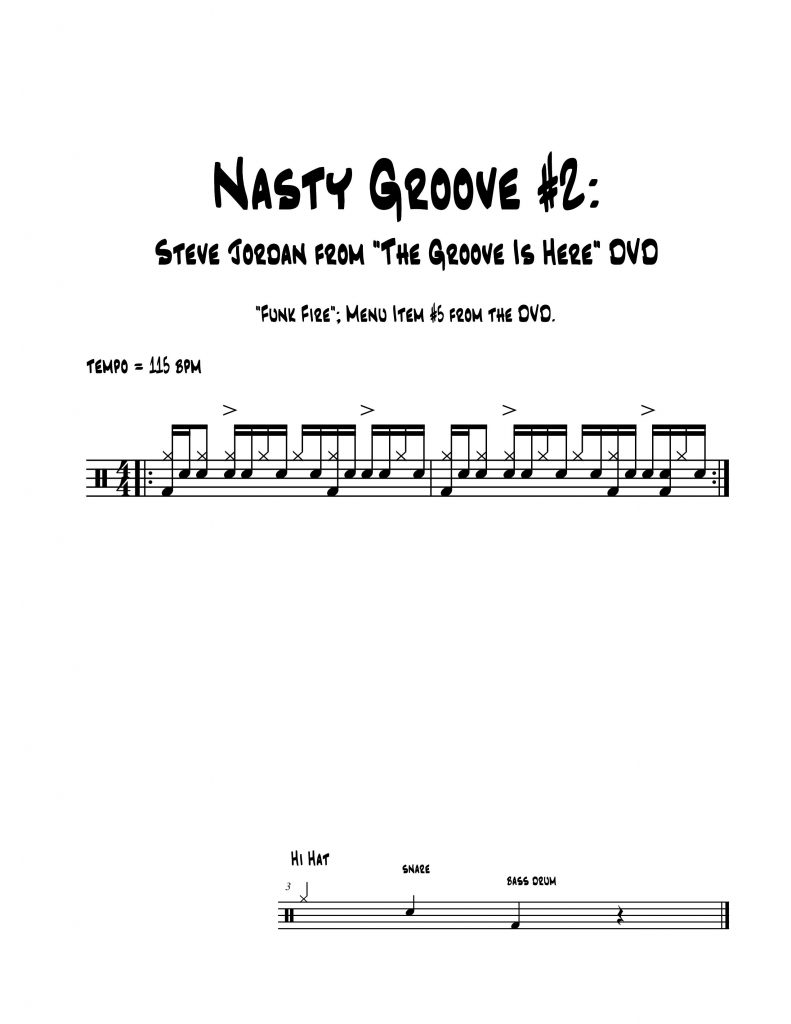