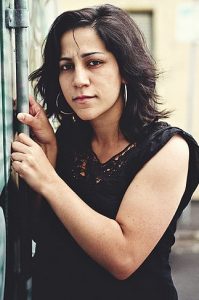 Since first playing drums at the age of 12, Sarah has been obsessed with drumming.

Her dedication has led her from Australia–where she rose through the music scene in Melbourne–to settle in NYC in further pursuit of her musical dreams.

Along the way, she attended the prestigious Victorian College of the Arts in Melbourne, where she studied drum set as part of their jazz studies program. Upon arriving in NYC, Sarah began playing with a variety of bands including The Under Cover Dream Lovers and Tongues Unknown. Sarah has found herself very busy playing many shows and touring with these and other bands. She’s literally been around the world as a touring drummer.

As a teacher, Sarah has a wealth of experience and knowledge. She brings a gentle, patient touch to her teachings, but she has a child-like view and excitement about the drums that bursts through during her lessons. Her positive vibe will encourage and excite you.

So, enough talking…let’s check out some of Sarah’s playing…this is a band called Bat Country that Sarah played with in Australia…