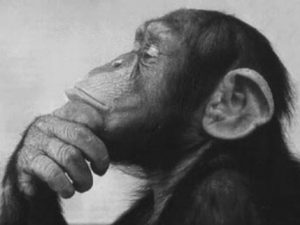 I’ve been thinking about this lately. The goal of any musician seeking to be great is to sound unique. Think about the drummers you are drawn to. Don’t they all have their own easily recognizable voice?

But believe me, they used to play other people’s stuff. Seriously. Early recordings of Keith reveal Vinnie licks in his vocabulary. On early Vinnie recordings you can hear him playing like Steve Gadd. I recall an early Elvin recording where Mr. Jones sounds like Max Roach.

It seems as if Tony Williams came out of the gate fully formed as a teenager, but I’ve heard stories about him mimicking the drumming styles of Buddy Rich, Roy Haynes and others during rehearsals with his Blue Note period band.

So, yes, everybody learns by checking out and emulating other people’s stuff. That’s a tried and true method of learning in the world of artists. Writers, painters and musicians all learn by copying. But at some point, if they want to find their own way, every one of them will have to discard the detailed things they stole and replace them with something of their own invention.

I have been actively trying to do that for a while now. And I promise you that all of the great drummers you love have done the same.

I encourage you to do this as your playing develops. As much as you may be obsessed with one of your drumming idols (and believe me, I understand your obsession) eventually you will need to be yourself. I promise that your chances of success are decreased by sounding like a clone of another drummer.

Why? Because that other drummer is the originator! Their uniqueness came from their heart, mind and soul. You’ll never sound as good as they do playing their stuff, so you might as well come up with your own ideas. Copying is fine as a learning tool. In fact, it is essential. But if you don’t progress beyond that, you’re doomed. And yes, the idea of giving up these road tested licks you’ve painstakingly figured out is scary.

But fear not! The process of learning all these ideas that your idols used will equip you with the understanding, technique and vocabulary you need to take that next step. In order to discard the licks and vocabulary of your favorites, you’ll be forced to come up with your own stuff. That’s the hard part. But it’s also the most exciting part. It’s also what will make you stand out from the pack. And that’s what you want, right?

In order to reach that higher level you’ll need to innovate in the practice room.

Start doing this sooner rather than later. I promise you it’s worth the time and effort.