Drummers: Should You Have a Back Up Plan? No. Just be an Entrepreneurial Artist 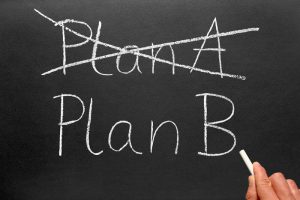