Last time, in “Clave Samba Independence Part 1,” we worked on some exercises to develop facility within the Clave Samba framework. The basis of that framework? 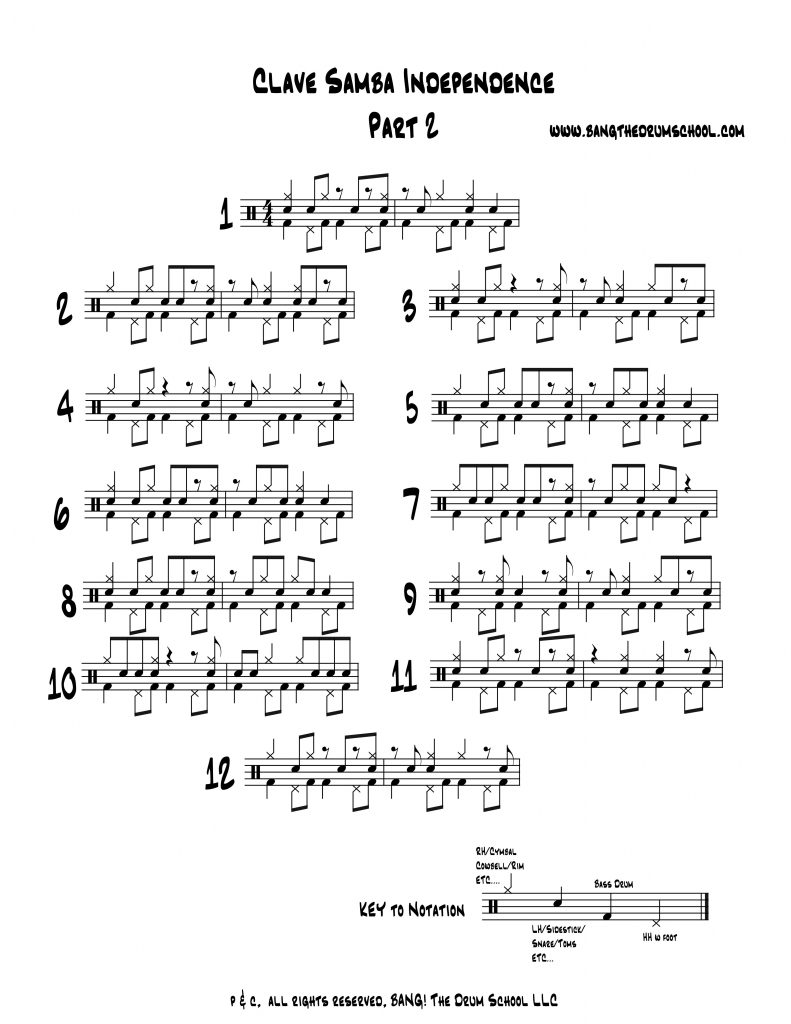 The cymbal hand plays the clave rhythm and the bass drum and hi hat foot play the samba pattern. The point of “Part One” was to free up the left hand to be able to play whatever you want while maintaining the framework.

The exercises from Part One were good for developing that independence, but they do sound like exercises; playing them on the gig would not be an option. In Part Two, I wanted to present some musical sounding patterns that you could actually apply to your playing.