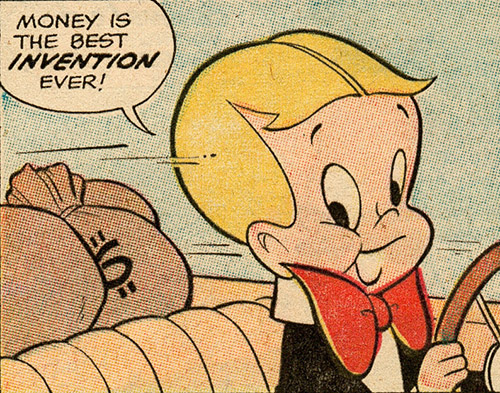 But Mom, I Want to be an Artist!
When I was around 12, I was faced with the decision about which high school I should attend. One of the great things about growing up in NYC is the wealth of educational choices. I had applied and was accepted to several high quality schools. The High School of Performing Arts (better known as the “Fame” high school from the 1980 and 2009 films) had accepted me for drama (I had dreams of being an actor). The High School of Art and Design had accepted me for art (I had dreams of being a comic book artist). Stuyvesant High School, with the best academic program in NYC, had accepted me as well. I had not yet started playing drums.

My mother asked me where I wanted to go and I replied Performing Arts–I thought I wanted to be an actor.

In her own blunt way, my mom, although I didn’t want to hear it, was right. She told me that I was going to go to Stuyvesant, and I did. And I don’t regret that choice. Picking the highest quality academic school allowed me the most possibilities for my future. Eventually, I went on to get an MBA. The irony of the MBA? It’s been instrumental in allowing me to continue being an artist.

One might think that a better path for becoming an artist would be to go to art school, music school, etc. But I would argue that it is equally as important to get business training. My experience in business school and working in the corporate world for a while are what gave me the confidence and knowledge to feel comfortable opening my own business.

The Conflict of the Artist: “Working” for a Living
Whether you’re a drummer, a painter, an animator, a writer or a film maker, you still have to make money to live. The conflict of art and money is nothing new. Shakespeare, Michelangelo, Da Vinci and many others had the help of patrons to help them fund their lives while they pursued their art.

If you’re not lucky enough to have a rich patron or a trust fund, then you’ll have to work. I’ve spent a lot of time working in restaurants over the years, a job which I did not particularly like. I also worked in a lot of musical situations I did not really like in order to earn money. Playing music was something that I began doing because I enjoyed it. Some gigs I took just for the money wound up being soul-crushing because I really didn’t like the music. At some point, I decided not to take those kind of gigs. Music is my art. I have to enjoy it, or else what’s the point? Playing music I hate is the same to me as working any other unpleasant non-music job.

One big problem with working, of course, is that although it allows you to pay the bills, it frequently gets in the way of making art. Have you ever worked a full day at your job and then tried to practice your instrument? Concentrating on your practicing is difficult after a full day in the salt mines. It’s also easy to blow off the creative work because you’re too tired.

One friend of mine, a talented keyboard player, works in construction during the day. This is back-breaking work; one of the most difficult of the manual labor type gigs. The problem is that moving heavy furniture and boxes all day takes so much out of him that although he manages to play in a few bands, he rarely gets to practice.

And if you really want to be at the top of the heap, you absolutely must practice and you must do so diligently and regularly. You’ll have to practice to get prepared for gigs, but then you’ll have to practice in an entirely different way in order to keep coming up with new ideas and getting better as an artist.

The problem is time. The answer is leverage.

Successful Entrepreneurs Have Leverage
If you’re sick of being at the whim of others, waking up early when you don’t want to, not being able to go on tour because you can’t get the time off of work, or not getting paid enough for the hours you work, the answer may be to start thinking differently. If you make yourself the boss, then you can control your time as you wish and the money you earn is only limited by how good a business person you are. Create a successful business and all of a sudden you have leverage. And that means money and control. That means you can go practice your art as you see fit. When you want, how much you want.

Being an entrepreneur allows you to leverage your time by being smart. It’s not about how many hours you work or how physically strong you are. It’s about having good ideas, and figuring out how to execute them. It’s about sales, marketing and finance. It’s about talented people who you hire who will happily do the work your business requires because they believe in your mission (and of course because you’re paying them). When you get really good at being an entrepreneur, you will have plenty of time for your art. You just might be able to make the art and entrepreneurship co-exist in a single business.

I promise you that many of the artists you respect are also entrepreneurs. Many of them would not be able to sustain their artistic careers were it not for their other businesses. The idea of entrepreneurs and artists co-existing in one human body isn’t one I’ve heard or read a lot about, but that’s going to change. It’s already happening all the time and all around you–it just isn’t getting a lot of ink.

You might be thinking, “yeah, this sounds great, but how do I do this? I don’t know anything about business or marketing.”

Perhaps you don’t. But, you can learn. Knowing this stuff will give you leverage. And that may just allow you to continue being an artist. Wouldn’t that be worth it?