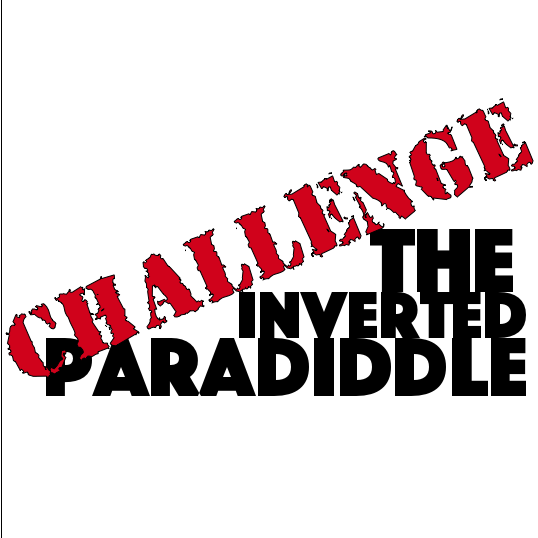 Last week I saw a Drumeo video where Gavin Harrison described and demonstrated “The Paradiddle Challenge.” I love drumming puzzles and I really liked the idea. In the video, Gavin mentioned that he had actually gotten the idea from reading an interview with Gary Husband, who described it in print.

Inverted paradiddles have always excited me more than “regular old paradiddles,” so I thought about applying the same idea with my preferred sticking. How does “The Inverted Paradiddle Challenge” work?

The worksheet, which is HERE, has three preparatory exercises to warm up your feet (exercises #1-3) and then the actual independence puzzle is offered to you in #4, with a different orchestration written out for you in #5.

There is also a bonus, but you’ll have to open the PDF to find it.

Have a go! I want to hear it. Post your link to a YouTube video in the comments section.