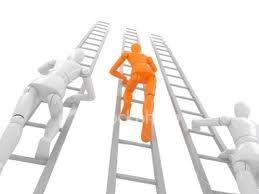 The follow up to “The Ladder” Part One? You guessed it. Part Two. In this version of The Ladder—a single stroke roll exercise we introduced last week—we add 16th note triplets to the mix. It’s good for your rhythmic control and it’s important to develop a triplet roll as well as an eighth note/16th note based roll, and that’s one of the things that this exercise will help you do. The concept is the same as in Part One: the systematic increase and then decrease in the density of the notes allows you to practice speeding up and slowing down your hands while still maintaining a steady pulse. Your hands are speeding up and slowing down, but you are still playing in time. To download “The Ladder Part Two,” as a pdf file, click on the following link: The Ladder Part Two

As a bonus, we’ve also included “Developing The Single Stroke Roll” Part One and Part Two. These exercises focus on the individual development of each hand, and then putting them together to create a roll. Basic, but important stuff for the development of the hands. Part One will help you with your 16th note roll and Part Two will help you develop your triplet based roll.

Hope this is helpful.