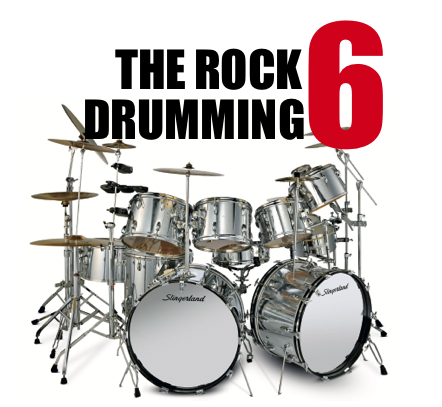 The other day I was listening to Clem Burke, the drummer from Blondie. He’s one of my favorite rock drummers. The song was “One Way or Another” from the album “Parallel Lines.” Clem goes to town on this song–big 16th note drum fills, a really interesting and muscular drum break–it’s a great drumming song.

Then I went and checked out a live version on YouTube and noticed that live, Clem plays different fills from on the record. And they’re cooler. In fact, I recognized the key fill he uses in the breakdown section that begins at 2:34 in the video (embedded below): it’s RLRLFF.

I’ve put together a little worksheet on PDF with some examples of how you could use the idea (aka “Nasty Lick #124”), including the two main ways that Clem uses it in this live clip. Here’s the PDF: The Rock Drumming Six

Two of the examples, #1 and #3 are very close to what Clem plays. He’s definitely using RLRLFF, but his orchestration may be slightly different, and he doesn’t always use a flam like is indicated in #1 on the PDF.