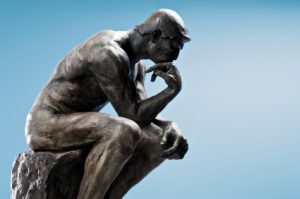 In one of my lessons with John Riley, I asked him about talent. I have often thought about whether there is such a thing. Many drummers-to-be ask me about this too, wondering if they have enough talent to make it worth their while to try playing.

Honestly, I’ve never thought I was particularly talented. But I work really hard, I’ve always sought guidance and I’m really excited and passionate about drumming. I believe that these are the keys.

When I first wanted to play drums, I found a local teacher who put me on the right track with learning to read, working on technique and developing independence. I practiced a lot. The more I practiced, under this guidance, the faster I got better, so I practiced more. That continued. This cycle informed my opinion of talent.

It was that hard work with the proper guidance that allowed me to become a good drummer. The hard work was fueled by passion. This part is kind of unexplainable. You are either passionate about something or you are not. I was (and still am) passionate. When I was a teen and started listening to Led Zeppelin and RUSH, I heard drumming that excited me. I can’t explain why, but I was so passionate about what I heard that I had to find out how to do it. This passion drove the work. I became a drummer.

This continued through many stages. I would get excited by different drummers and different styles of music. Then I would dive into those musical waters, transcribing and learning that type of drumming.

This cycle continues to this very day. I have a new band I’m working on and I am inspired by the music to create great drum parts. Sometimes the drum parts I hear in my head require a coordination I don’t have yet. So, I have something new to work on. But it is the music and passion that inspire the practice.

So back to my lesson with John Riley. I asked him if there was a gift that allows one to be good. John replied that the gift is merely the ability to have the focus to do the work required to acquire skill. So I had a gift, but the gift wasn’t some secret innate ability to be a good drummer. The gift was the ability to lock myself in a room for hours on end and practice.

So, that’s the secret. There is none.