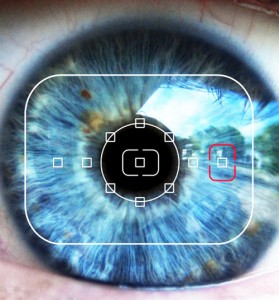 I recently had a revelation about my playing career.

For the past several years, I’ve been practicing Jazz, working with one of the best teachers in the world, transcribing and learning solos, absorbing Jazz vocabulary, working on ride cymbal technique, independence, and trying to play the music with as many great players as possible.

It’s been great for my playing and technique. It’s really helped deepen my rock playing too.

Simultaneously, I’ve continued to play rock and pop music with as many great musicians as I can.

The rock stuff comes easy. I wind up in really good bands. I grew up playing the music. One gig leads to another. People recommend me. I’ve been getting hired to play on more recordings, .one producer in particular has been asking me to play on his sessions more and more.

So, I decided the other day that I needed to stop spending time in pursuit of jazz gigs, and zero-in like a laser on rock and pop. All my success has been in this genre so far anyway. And I’ve spent many hours in pursuit of the jazz thing.

It was a tough decision to make. I love jazz. And I’ve dreamed about being a jazz drummer all my life. But I love rock too. I always have. And the good news? The rock world is getting me somewhere, slowly but surely. The decision makes sense! I should put my eggs in this basket.

The point? Focus leads to success. Equally important, but less often discussed? Flexibility—having the foresight to change direction if necessary—leads to success too. If I steadfastly pursued jazz, I would be taking time away from the music (practice and playing) and the business of the music that is most likely to give me bigger success.

It was a tough pill to swallow. Because I want to do it all. But I believe in efficiency. And part of efficiency comes from focus. I needed to be flexible to see that this change would help me.

Just the act of making this decision has changed my thinking in important ways. I’m full of new ideas on how to make my groove and rock playing better. I’m bursting with energy about it. I’ve got a long list of things to do on the business end to further pursue my career as a rock and pop drummer.

Are you focused? Are you flexible? Do you have these traits? Good stuff to consider.