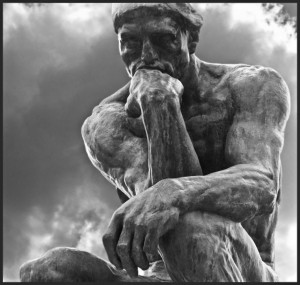 I frequently see drum students rushing through a page of exercises.

One such page is the first set of eighth note rock independence exercises in the late Charles Dowd’s book “The Funky Primer.” I use the book often with beginners who are interested in playing pop and rock.

It’s a great way to begin that journey because developing independence with your bass drum foot against eighth notes on the cymbal and backbeats on the snare drum is crucial to functioning in rock music.

The point of these exercises is mastery. Rushing through the page will not develop mastery. In fact, hurrying through the 18 exercises on that particular page (or any) will get you nothing. Nada. Rien. Zip. Bupkes.

I tell students who are rushing through that I wish all drum books were written with only one exercise per page. Perhaps then, it would be easier to focus on JUST THAT ONE PATTERN.

You want to play the exercise until it gets into your muscle memory. Once you have the exercise down, move on. But not until you do.

NOW you are on your way to mastery.

Kenny Werner, in his book, “Effortless Mastery,” suggests that one of the components of mastery is “the ability to play the material perfectly every time without thought.”

Don’t let the implied psychology of a page with 20 examples suck you in and make you rush. Pretend that the pattern you’re working on right now is the only thing on that entire page. One at a time, slow and steady.

That’s how you get good.