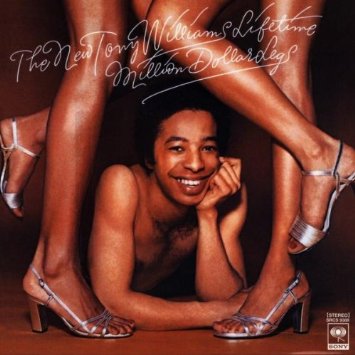 For “Nasty Lick #24,” we go back to 1976, the year that The New Tony Williams Lifetime released the album “Million Dollar Legs.” The album was not well received by fans, and it is not the music one would have expected from this band of killer musicians (Allan Holdsworth -gtr, Alan Pasqua -kys, Tony Newton -bs)

The album definitely reeks of record company suits meddling with the creative process and the result is pseudo-disco rather than fusion.

That did not stop the great Tony Williams from throwing in nuggets of drumming greatness, and this fill is a prime example. It’s on the track “Joy Filled Summer” and you’ll hear it at about 1:16 into the track.

It’s a killer two measure 16th note fill that is new and exciting sounding even in the present day. Tony is playing the snare and hi tom only and the result is magical because of the way he places the accents and orchestrates them between the two voices. Just two drums and he constructs a masterpiece of a fill.

Here’s the PDF for you to look at/practice/download: Nasty Lick 24 PDF

In addition to this fabulous drumming nugget, “Million Dollar Legs” can teach us a lesson: don’t dull down your creativity for the promise of commercial success. That seems to be what happened on this album.