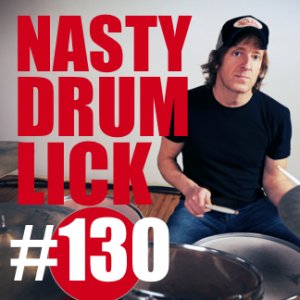 I’ve been experimenting with some new drum vocabulary lately. As usual, I like to share the good stuff with you.

This time, I’m sharing an idea that I’ve used a lot; a group of five phrased within 16th note triplets. The pattern I used to always play is RLRLF.

In this iteration of the lick, the pattern is RRLLF with the first double “split” between two sound sources–the high tom and the snare.

Take a stab at it and let me know how it goes.

PS. Here are some other related posts:
Paradiddle Plus One: A Killer Drum Solo Vocabulary Idea