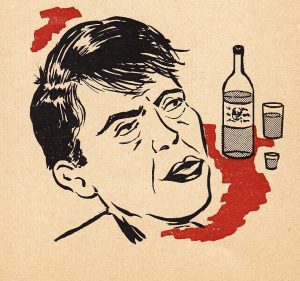 All the practicing and skill in the world won’t help you once your reputation is tarnished.

A good reputation spreads. It may not spread like wildfire; but it will radiate outward as you continue your efforts as a musician. It will grow, slowly and steadily, like a tree. But, a bad reputation is like a fire that spreads fast, and it will burn the tree down. Notice how disasters, shootings and accidents spread quickly in the media? Well, a bad reputation moves quickly too.

Guard your reputation. Negative anecdotes about you will spread quickly and shut the door to success in your face.

It shouldn’t be that hard. Get good at your instrument. Do a good job. Learn the songs. Show up on time. Have your equipment situation together. Present yourself as a responsible and diligent team player. Be nice. Have a personality. Make people laugh. And NO drama! Think about your actions and the impact they have on others. Put yourself in the shoes of the other musicians you are playing with. Are you inconveniencing them? Are you making life easier or harder for them? Thinking about these things should help you decide how you want to handle yourself.

Your playing and your behavior are two things you can control. So, make sure you are taking care of both elements equally.

The Story of Rachel The Session Ace

Let me tell you a story to illustrate. I recently played on a recording session and one of the musicians—let’s call her Rachel—showed up, late–with a beer in a paper bag.

Two strikes right out of the gate. Not a good first impression. But it got worse.

The session players were soon asked to come into the control room so the artist whose album we were being paid to play on could play us a “scratch” track of him playing the song. The point was for us to learn the song we were about to track.

As we gathered into the booth, the producer asked, “where’s Rachel?” She was nowhere to be found.

It turns that she was out in the hallway on the phone. Time was a wastin.’ When you’ve been hired for a recording session, wasting time is not going to endear you to the producer or artist. And that’s an understatement.

If you are a stellar player, then maybe you can get a little slack on these matters. But there are so many good players around that I really think not. But, here’s the thing. Rachel was OK, but she was not such an amazing player that it balanced out the other issues. In fact, Rachel was not as good on her instrument as some of the other players were on theirs.

As a result of my experience on this session, I was already wary of Rachel.

But the story of Rachel continued.

More: Rachel Lames Out On A Gig

Not long after, Rachel and I both got hired to play on a few gigs with a certain artist.

At the first rehearsal, she showed up, opened up her guitar case, and realized that she had forgotten her guitar strap. Oops! So, she ran out to get a new one. Of course, that little errand caused her to be late.

After several rehearsals and a warm up gig, we took the stage for the show that had been the focus of our musical energy. Rachel was the only musician on the stage that still had her charts. The other hired musicians had memorized the songs by that point. Even with her charts on stage, she still missed a bunch of cues, played some obviously wrong notes (translation in musician speak: clams) and generally did not play at the level of the other hired musicians. In fact, when I listened to the recording of the gig, I got angry.

Playing music is a group effort and a single player who is a weak link brings down the entire level of the band. I resented Rachel for bringing the musical level down by not doing her homework. I did my work! And I sounded worse because she did not do hers.

A few days later, I was in a rehearsal with another band, and two of us starting talking about Rachel. I recounted some of the above. A third player in this band heard us and said, “Oh, yeah, man. Rachel. She’s got a rep for being kind of a drunk. I played on the same bill with her one night and the band she was playing in had to cut their set short because she was so wasted.”