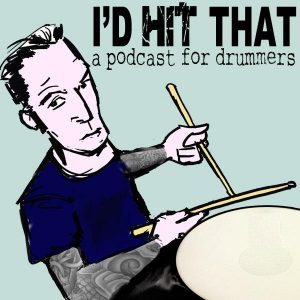 I am now, as a result of this single interview, a fan of “I’d Hit That.”

“I’d Hit That” is a podcast that you can download here: I’d Hit That.

I can’t pontificate on the rest of the “I’d Hit That” archive of interviews–which is already substantial–but I can tell you that the interview with Zach was fascinating. I’ve long been a fan of Zach’s playing. He and I crossed paths when we were both at Drummers Collective in the late ’80s and I’ve seen him play many times: with Wayne Krantz, Michel Camillo, Eddie Gomez and Leni Stern. This interview gives you a real sense about who Zach is, what his personality is like, and even, perhaps, how he thinks.

I don’t want to give everything away, but below are a few things that are discussed.

Definitely check this out.

I may even have to dig up some transcriptions I’ve made of Zach playing from some of those shows I mentioned above. Yup, I taped them. I freely admit to my geekiness.